THE BLOG > Behind The Scenes > Temple: a film by Nguyen-Anh Nguyen filmed with Blackmagic Cameras

TEMPLE: A FILM BY NGUYEN-ANH NGUYEN FILMED WITH BLACKMAGIC CAMERAS

Filmmaker Nguyen-Anh Nguyen is shaking up the science fiction genre with his original short, Temple. We discover why Blackmagic digital film cameras were so integral, and delve into some of the innovative shooting techniques used in the fight sequences.

Following the viral success of The Akira Project, a live action fan trailer of the Manga classic, filmmaker Nguyen-Ahn Nguyen is continuing to reinvigorate the sci-fi genre with Temple, a cyberpunk thriller, which takes place in an apocalyptic 2085. With a genetic virus and cybernetic beings threatening the survival of an island megalopolis population, Temples protagonist, Oz, must find a way to survive.

“The inspiration for Temple came from a conversation with friends about biogenetics and how this could contribute to the future development of technology,” Anh explains. “Whilst I love sci-fi, I always want to try and create something distinctive; I dont just want to follow the rules of sci-fi, whether thats color or aesthetic. But of course, when we started to plan out the production requirements for the project, we knew that taking a very different visual stance and choosing the right kit to do this would also help us to make the most of a very limited budget for the short.”
“Temples primary camera package was the Blackmagic URSA 4K, which was paired with rare Japanese Kowa Prominar anamorphic lenses to match Anhs preferred shooting style. I have always loved the anamorphic look, so the lenses were really crucial to the shoot. The URSA really stood out as the lead camera for principle photography, it forms a very stable central unit for the production team to work around.” 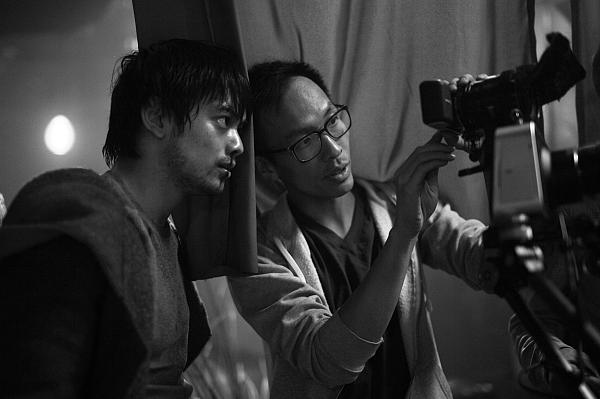 The URSA was complemented with a Blackmagic Production Camera 4K, and both were used to capture in CinemaDNG RAW. “We shot so dark for many of the scenes, RAW was going to be the only option in order for us to get enough detail in the grade for the final look. As a result, we deliberately kept the action as simple as we could and instead focused on the most effective angles and shot compositions that would add an extra dimension to Temples storytelling.” 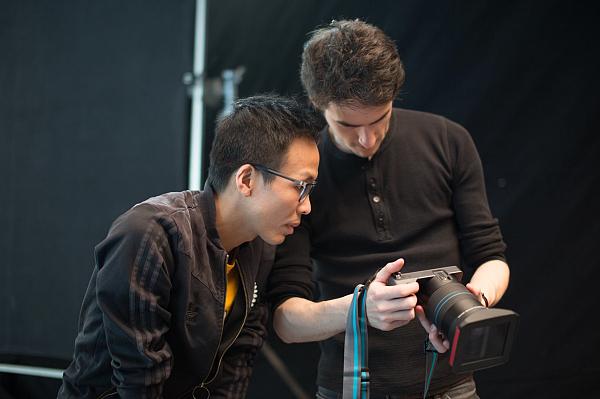 In no scene was this more telling than in the central fight scene, where Oz fights a cybernetic enemy. Whilst the scene has heavy martial arts references, again Anh deploys innovative composition to create visual impact. “Often in martial arts fight scenes, a wide angle flat shot means that all of the action is on screen, however I wanted something different and I started to think about shots that you get in gaming, particularly third person viewpoints. If you were able to get a camera into this perspective, it would create a shot that is new to the genre, but well recognized by younger generations who have grown up consuming so much video content.” 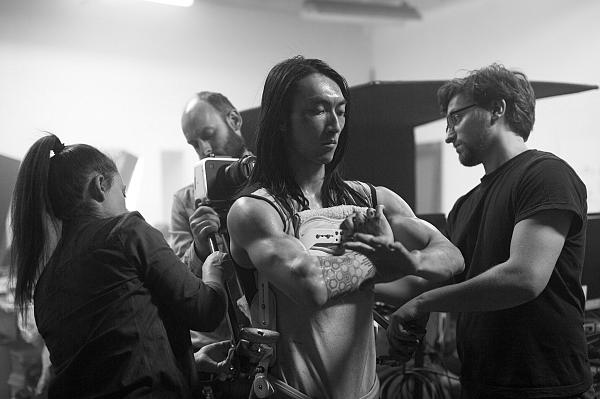 Anh worked with an external fight scene choreographer to develop an elaborate sequence. A production colleague, Benjamin Granet, then adapted a medical back brace, normally used to help with spinal injuries, to produce a close fitting body rig, which was fitted with a Blackmagic Pocket Cinema Camera, shooting in ProRes 422 HQ and the Blackmagic Production Camera shooting RAW. “It was an ingenious concept, and gave us exactly the over the shoulder look we wanted,” continues Anh. Pocket Cinema Cameras were also positioned in hard to reach areas around the set, creating further interesting angles for the fight scene edit. 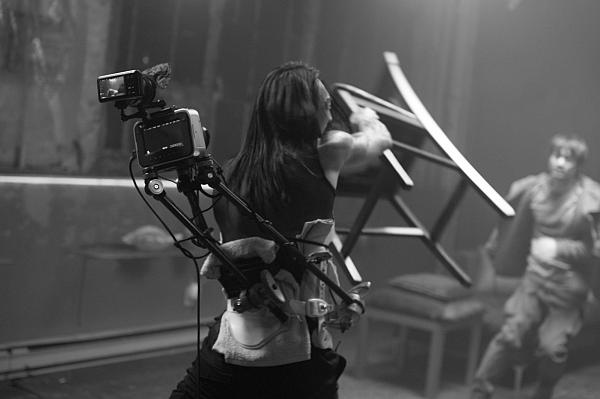 “We loved the look that Blackmagics 4K sensor is able to produce, the fantastic quality of the 4K content and the authenticity that the kit brought to our production. We really want Temple to contribute to a marked shift in the aesthetics of sci-fi, combining beautiful cinematography with thrilling storytelling to produce fantastic cinema.”
Above: Behind the scenes
Above: Presentation at the IBC SuperMeet by Nguyen-Anh Nguyen
KEYWORDS:
Nguyen-Ant Nguyen
Temple
filmed with Blackmagic camera
POSTED IN:
Behind The Scenes >>


<< BACK TO ALL ARTICLES
Content Publisher Rick Young Ltd