THE BLOG > > Some Cinematic Heresies - distractions to the filmmaking process

SOME CINEMATIC HERESIES - DISTRACTIONS TO THE FILMMAKING PROCESS

3rd
JAN 2016
Some Cinematic Heresies - distractions to the filmmaking process

One hundred years have now passed since D.W.Griffith made his epic film Birth of a Nation, a work that is widely regarded as the first example of cinema as a narrative art-form. Much has happened since then, and so I thought it time to utter a few cinematic heresies. These reflect my personal observations and may ruffle some feathers or worse! I may be right or I may be wrong but here goes:

Frame rates and the cinematic look

This is one of the pillars of film-making orthodoxy; 24 frames per second is essential to the cinematic look. However, lets just look back at how we got to this standard in the first case. Silent film was exposed at 18 frames per second.
This was perceived as the slowest frame rate that could be projected without disturbing flicker. Film stock was (and is) expensive, so the slower it went through the camera the better for the budget. This was fine until the first talkie came along. The linear speed of an optical sound track on a film running at 18fps was just too slow to give reasonable sound quality. So the money-men asked whats the slowest frame rate that will give adequate sound quality and the answer turned out to be 24fps! So thats how we got the so-called cinematic look. Nonsense! 48 or 50 would be much better! HERESY NUMBER 1
Resolution

This is the latest obsession in our industry (or maybe it has been overtaken by HDR!) driven by the giants of the electronics manufacturers. For most of the last one hundred years we have been going to the cinema and watching 35mm print stock at a resolution of approximately 2K.

Yes some films were shot on 65mm negative and released as 70mm prints in selected cinemas (the original TODD-AO), but most of us still watched them in 2K. Nobody said the resolution was inadequate. It is also interesting to note that, while we obsess about definition, we also obsess about shallow depth of field oh such lovely bokeh! But why do we need 4K Bokeh Cinema is essentially the art of story-telling. Tell it well and nobody will care about the technicalities! HERESY NUMBER 2 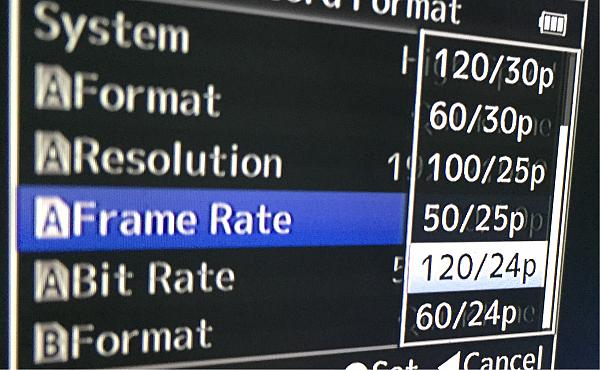 The influence of television

Most of the electronic giants who manufacture our cameras come from television technology. They made cameras that recorded Standard Definition (PAL, SECAM or NTSC) interlaced. Even the first HD cameras were interlaced (1080i). The interlaced image was a compromise to manage television band-width it has no place in digital cinema. However, because it gave smoother motion (like 50P) it gives food for thought. Even 720P50 could look rather good on a cinema screen! HERESEY NUMBER 3

We are now awash with camera options a new one seems to appear every month! This, in turn, has spawned an epidemic of camera comparison tests. The camera is no more than a tool. We must stop this nonsense now. Years ago I shot everything on an Arriflex 16ST. It was a great camera that did the job and it lasted for ever! Just give some thought to this observation; Chopsticks sounds just as good on the old pub upright piano as it does on a Bosendorfer Grand while I guess Beethovens Piano Concerto 5 might not! HERESY NUMBER 4 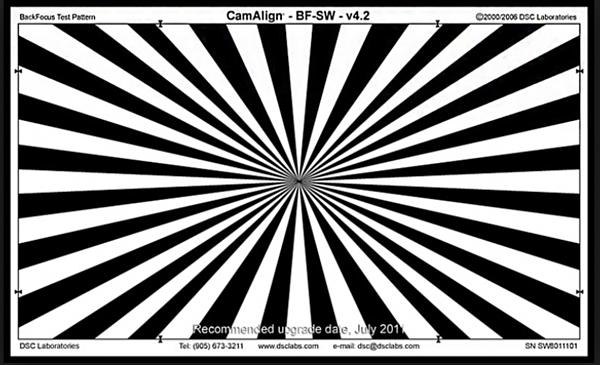 I think it was Sergei Eisenstein who said (and I paraphrase) in motion pictures the subject moves and not the camera. I might be wrong maybe it was Griffiths. A century later we know that this adage is not entirely true. However, if you are going to move the camera, you should have a good reason. The latest fad is for sliders. These are great for pack-shots etc., but when used gratuitously can be very distracting. I watched an interview recently where the camera was constantly tracked first left then right really annoying. Can you imagine listening to somebody relating a story while you constantly moved your chair around. It would be bloody rude! HERESY NUMBER 5

Wonderful technology it enables the film-maker to get low altitude top-shots that were previously impossible. Sadly like the slider its being done to death. If the shot has no purpose dont use it! HERESY NUMBER 6

I was born in 1942 and have seen 3D presentation in cinemas come around about five times. For narrative film making it just doesnt work its a distraction! However it reached its nadir in the most recent incarnation Active 3D Television. It interfered with the brain and made the viewers feel ill. This was just another attempt by the big electronics beasts to entice more spending! HERESY NUMBER 7

The Art of Cinema

I started my career as a stills photographer and over the years I have often been asked what is the essential difference between photography and cinematography. My somewhat flippant answer has always been that a cinematographer shoots 24 (Ha! Ha!) pictures a second and every one of them must be good. Well of course its not as simple as that.

The real art of the cinematography is composition, lighting and emotion to give the editor that magic that will enable him or her to bring the film to life. THIS IS NOT A HERESY 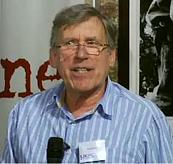 David has been an independent producer, director and cinematographer for more than 30 years, having originally worked for the BR Southern Region Film Unit. From a background in film, he has worked with all the major video formats, from the days of tape right through to the world of solid state media in HD, 2K and 4K.
Check out David’s work at: