THE BLOG > Camcorder Reviews > Opinion: Why the price drop for the Blackmagic Cinema Camera and what it means

OPINION: WHY THE PRICE DROP FOR THE BLACKMAGIC CINEMA CAMERA AND WHAT IT MEANS

13th
AUG 2013
Opinion: Why the price drop for the Blackmagic Cinema Camera and what it means

Blackmagic, though their policy of providing extreme value, matched by amazing capability, sheer quality, and the power and simplicity which their cameras offer, in combination with DaVinci Resolve for grading and output, have ensured their place in the camera market (in a major way) for a long while yet.

The movie below was filmed Sutherland, Scotland, August 2013. Shot with the Blackmagic Cinema Camera (EF) using a range of Canon and Nikon lenses. Everything recorded RAW and graded in DaVinci Resolve; editing in FCPX.

Blackmagic totally dropped a bombshell in early August when they announced the price of the Blackmagic Cinema Camera EF and MFT would both be slashed by $1000. Usually a price drop of such magnitude is an attempt to clear inventory for a new model, though I don’t think for a moment this is the case here. I believe there is a something else going on here which reaches to core of what Blackmagic Design are about as a company and reveals a strategy which is destined to succeed.

Lets jump back in history. It was 2004 and I bought a Blackmagic Decklink Extreme card and installed this inside of a G4 Mac. This served me well, enabling computer to connect to professional high-end decks and letting me work with many formats which, otherwise, would have been totally out of reach without paying expensive rates at a facility house. The card costs me a few hundred pounds, from memory less than £500. Over a six month period I earn’t good money from that card and computer and then sold the whole set-up for more than I paid. Because of the philosophy of Blackmagic to provide high-end solutions at affordable prices, this enabled me to step up in the quality stakes and work at levels which I couldn’t easily do otherwise.

I’ve interviewed the CEO of Blackmagic, Grant Petty, several times. The first time I interviewed Grant was in 2007. This is what he said to me:

“For years I lived in post production and I couldn’t get the tools myself, because they were so expensive. And unless the guys who ran the post house sort of like, funded it, you couldnt get these tools that you wanted… The reason I’m really big about making it low cost is because I remember what it was like when I was working in post production. I couldn’t get it. I had friends that were really creative and they couldn’t afford it.”

“I wanted to take away that problem where if you don’t have the money you can’t do video. It’s a creative medium, its supposed to be a creative business. If you wanted to be creative, you’re inspired and you want to push the boundaries in this medium, you should have full access to it and the best quality possible. It’s really important.”

Those words from Grant Petty, recorded in 2007, encapsulate the philosophy of what Blackmagic Design is about. They are a company who have changed this industry many times over, however, this time – with the camera technology in combination with DaVinci Resolve – they are reshaping the industry like never before.

The fact that it is now possible to buy a Blackmagic Cinema Camera EF or MFT for $2000 USD or just over £1300 in the UK (ex-vat). This makes Blackmagic camera, which records RAW or ProRes to SSD, almost irresistible to both fledgling and established filmmakers.

I already have a Blackmagic Cinema Camera EF which I love. I also love the idea of having more of these cameras, though may well choose the MFT model next as I have many lenses which will work beautifully, via adapters, with the MFT mount.

The result of this massive 33% price drop, in my opinion, will be tremendous infiltration of the Blackmagic Cinema Camera at all levels of the industry. This would have happened regardless – many said to me they would have paid twice the cost of the camera, and that was before the price drop. The infiltration will now be accelerated.

I am very confident of the above statement because I know just good this camera is. The results are truly stunning. Check out the movie at the top of this article – this is the most recent footage I have filmed with the Blackmagic Cinema Camera. I don’t know of any other affordable camera, around the $2000 USD mark, that can produce results of this quality. 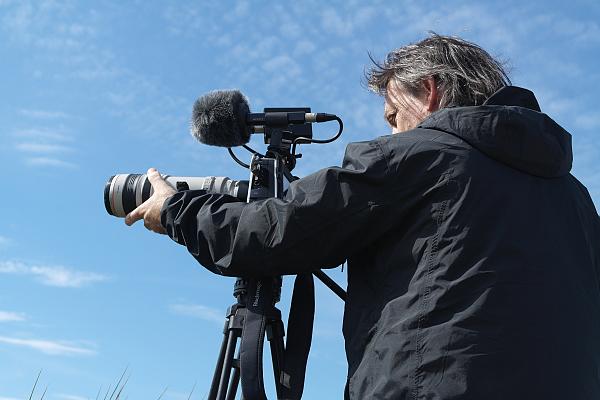 So given that the product is good, the price is extremely competitive, and the camera shoots well above broadcast quality all the way up to cinema quality, and sells for just over £1300… I would expect these cameras to be sold in abundance to content creators everywhere.

I’ve heard it said before that you need to change your camera equipment every 2 years to keep up with technology. I would argue against this! Rather I would say you need to produce quality results for your paying clients, every time, at a decent but not outrageous cost. Whether you change your camera every 6 months or every 6 years is entirely up to the camera owner to decide. Yes, there are times when a particular camera, format, lens system is demanded – and there are many times when the equipment is provided by the production facility or single operator with no questions being asked about which camera it is, what format it shoots, and whether the results are good enough for cinema, web, or anything in-between.

Of course, it all comes down to choosing the right tool. And having a Blackmagic Cinema Camera in one’s toolkit lifts the potential in a major way of what one can achieve in the realms of affordable acquisition.

I am not suggesting the cameras built by Blackmagic are going to replace all the other cameras out there – there is room for many different models and systems, each with their own strengths and capabilities. Though I am quite sure the Blackmagic Cinema Cameras (EF, MFT, Production Camera, Pocket Camera) are going to be a major force for a long time to come – and who knows what further camera creations Blackmagic will come out with in the future.

To sum up the essence of my thoughts – Blackmagic, though their policy of providing extreme value, matched by amazing capability, sheer quality, and the power and simplicity which their cameras offer, in combination with DaVinci Resolve for grading and output, have ensured their place in the market (in a major way) for a long while yet. I’m sure the other camera manufacturers are scrutinizing the Blackmagic cameras trying to work out how on earth they can compete with this tidal wave which Blackmagic has unleashed.
KEYWORDS:
Blackmagic Cinema Camera
Grant Petty
RAW
POSTED IN:
Camcorder Reviews >>