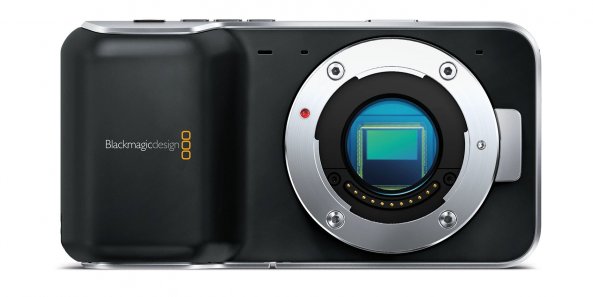 >> Blackmagic Design has announced that the Blackmagic Pocket Cinema Camera was used to shoot the feature film Inside the Belly of a Dragon, an official selection of the 2014 Cambodia International Film Festival.

Filmed entirely on location in the Kingdom of Cambodia by Ian Wiggins with his Blackmagic Pocket Cinema Camera, “Inside the Belly of a Dragon” follows a remarkable voyage of discovery and recovery for the renowned Irish clown, Hugh W. Brown. Arriving in Cambodia broken hearted and disenchanted with life as a performer, the clown embarks on a journey through the beautiful country and is slowly lifted from his gloom by the breathtaking landscapes and his various encounters with the local communities, remarkable artists and individuals who live within them.

Used to filming with a DSLR, Wiggins was amazed by the quality of the Blackmagic Pocket Cinema Camera, and he decided to shoot Inside the Belly of a Dragon with the camera after seeing footage at a friends house. “One thing I was conscious of was trying to make the film look as cinematic as possible, and the amount of detail and dynamic range offered by the Blackmagic Pocket Cinema Camera is incredible,” said Wiggins.

“Another big reason for using the Blackmagic Pocket Cinema Camera is its deep depth of field. The country of Cambodia is stunning, so I wanted everything to look as sharp as possible, since there is no point having the background blurred out when it looks incredible,” he added.

Also, Blackmagic Pocket Cinema Cameras compact design allowed Wiggins to shoot the film in a very unconventional way. “I wanted to capture peoples realism when interacting with the clown. This couldnt have been achieved with a big camera as people would have been intimidated. With the Pocket Cinema Camera, I would pretend to take a still, then put the camera down but sneaked back to use it when the locals were preoccupied,” he said.

Wiggins noted that the auto focus and peaking focus features on the Pocket Cinema Camera were useful when setting up shots. Also, to quickly get the aperture ready, he used the auto aperture button and then clicked up one extra stop for a perfect aperture.

Wiggins recorded all footage in camera as ProRes so he could easily check the rushes while in the field and edit and grade the footage effortlessly on his MacBook Pro.

Though produced on a very tight budget, Inside the Belly of a Dragon was chosen as an official selection for the 2014 Cambodian International Film Festival and has been critically acclaimed for Hugh W. Browns Chaplinesque performance and stunning scenes throughout the film.

“I think Blackmagic Design cameras are amazing in that they make it possible for anyone with the right imagination to create wonderful imagery, which makes it possible for new filmmakers to get out there and compete with the big boys. I hope to move up to the next step and purchase one of the 4K models as I have a very exciting documentary planned which I hope to start shooting in May,” he concluded.