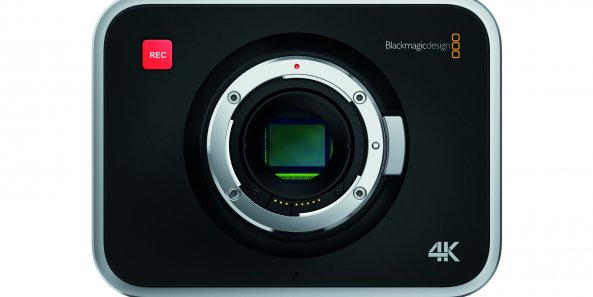 The program, which debuted on British television in 2009, is now in its sixth series and was commissioned by Damien Kavanagh. Featuring cinematography by Andy Clark, each of the five self contained 45 minute dramas has its own cast but shares a central theme, following someone who is going through a big change in their life.

“Moving On has transformed daytime viewing, it was the first drama to be commissioned for daytime in many years leading the way for the current crop of drama in the daytime output. In terms of program ratings, we have always won our slot by a significant margin, and the series has also performed well when being re shown during primetime, which is very significant when you consider the gulf between daytime and primetime production budgets,” said Patrick Hall of LA Productions.

He goes on to add: “Not only did I look after the edit and grade, but I also designed the production workflow from acquisition through to delivery. We were very lucky to have a crew that embraced the opportunity of working with these cameras. They saw the quality of the output and believed that the changes to the production workflow, which had remained largely unchanged in five years, would be well worth it.”

The Liverpool based independent production company shot just over a quarter of the program in 4K, the remainder was captured in ProRes 1080p25 using the log film mode. Our storage calculations at the time simply didnt allow us to shoot the whole thing in RAW. However, anything that we knew we wanted to punch in on during post, or that required specific paint and visual effects work, was all shot at 4K resolution. Otherwise, the 10 bit flavor of ProRes gave us plenty of latitude during the grade. I was able to push and pull significantly where required. I must say that we had a superb starting point for the grade. Andy and his team did such a great job at the front end with light and shape that it meant we were tweaking rather fixing in post.

“Our ultimate aim is always to achieve a high end look on the dramas we produce, irrespective of the budget or project. What the Blackmagic Production Camera 4K gives you is a filmic look that is really organic, and is comparable with far more expensive cameras for, in this particular case, a tight daytime budget,” concludes Hall. “We used the EF version of the camera which meant we could use some nice cine style prime lenses, again rarely affordable on daytime budgets. The combination of glass, the cameras native look and fantastic skills from our camera team means its very difficult to argue with the high end results weve achieved, so much so that well be using the same camera packages on the seventh series, which has already been commissioned.”