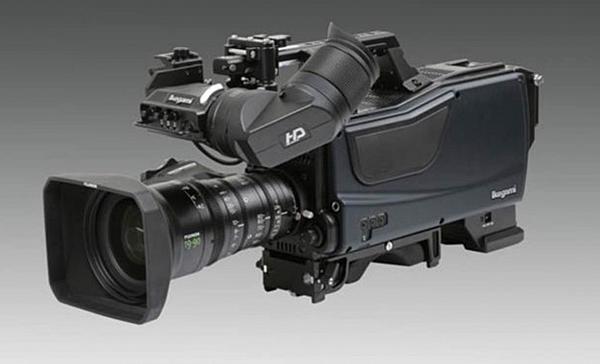 It can be operated in the same way as the existing Ikegami broadcast camera systems.

According to the roadmap of the Japan Ministry of Internal Affairs & Communications (MIC), test broadcasts of 4K/8K via BS satellite television will start at the Rio 2016 Olympic and Paralympic Games, followed by 8K on-air broadcasting which is scheduled to start by 2018 in Japan. A tentative report published by the MIC on September 9, 2014, states that 4K/8K broadcasting is targeted to be in place in time for the Tokyo 2020 Olympic and Paralympic Games. The MIC anticipates that 4K/8K broadcasting should be accessible via public viewing points in Japan by the year 2020 and 4K/8K-resolution television sets should be widespread in the consumer market by that time. Expectations for 8K UHDTV are increasing strongly.

As the market demand for UHDTV is expected to expand globally, Ikegami is exhibiting both the SHK-810 and a newly developed prototype 4K 3-CMOS camera at NAB 2015 in Las Vegas. Ikegami will make further progress with 8K UHDTV state-of-the-art technology as a leading supplier of professional broadcasting products for the ultra-high-definition video market.

The System Expander enables the use of large viewfinders and full studio lenses, converting the portable camera into a full-facility studio/field camera.

The PL-Lens mount allows the operator to use the camera with 8K lenses, cine lenses, 4K lenses and custom-designed zoom lenses for single-chip SHV cameras. A flange-back adjustment system is built-in, enabling back focus adjustment of PL-mount lenses without shims.