HORSING AROUND - A FEW SHOTS WITH THE BLACKMAGIC POCKET CINEMA CAMERA

I film with one single lens which is a Nikon 14mm F2.8. The Blackmagic Pocket Camera has a crop factor slightly under 3 x. I'm shooting the 35mm equivalent of around 40mm.

My very first shoot with Blackmagic Pocket Cinema Camera. I’d played with it, worked my way through the menus, now time to blast off some footage.

I knew of a field where there are often horses kept out in the open. Maybe the horses would be out today…

As I approach I see a van, theyre unloading the horses down a ramp.

I’m there with the camera. Can I grab a few shots, I shout out.

The guys nod yes and I film all the action, everything handheld. My first shoot with the Pocket Camera has turned out to be a run and gun style shoot.

Luck is with me! The horses bounce around, real broncin buckos. I film with one single lens which is a Nikon 14mm F2.8. The Blackmagic Pocket Camera has a crop factor slightly under 3 x. Im shooting the 35mm equivalent of around 40mm.
The issues so far: severe highlights can cause a black blob effect, which sounds terrible though the way to avoid it is to set the zebras and not shoot over 100%. The other problem, also with highlights, is what people have referred to as blooming – where a bright part of the image, like the sun or car headlights, will appear hard and defined like a disc. I would hope these issues will be dealt with in firmware updates. 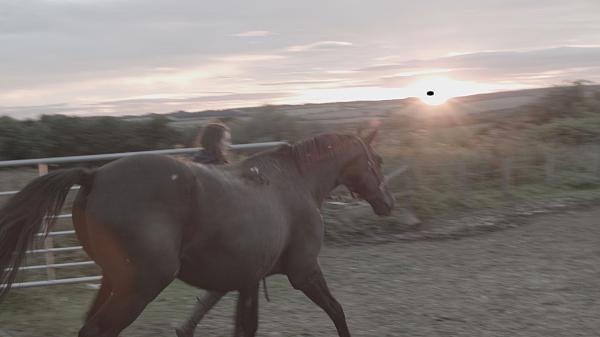 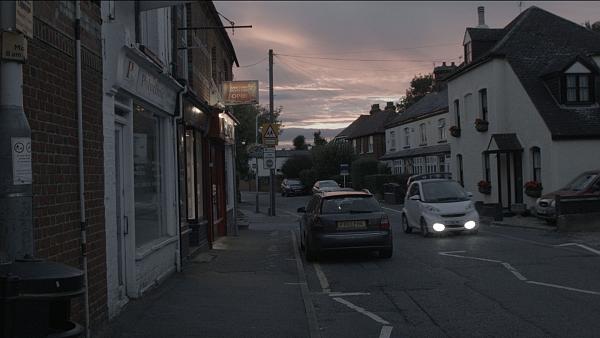 The camera shoots ProRes – RAW is still to be enabled.

When RAW is available it will be a whole new story. I really want the RAW.

For now you can see the images: Horsing Around – a few shots with the Blackmagic Pocket Cinema Camera. The images were shot with the film setting, 25fps, with a decent amount of grading in Final Cut Pro X. The images look good, to my eyes. Nicely saturated, sharp, resonating with the ProRes (HQ), 10 bit, 4:2:2 quality. And it has that look which should perfectly match the Blackmagic Cinema Camera EF and MFT.