“Shogun is the culmination of everything we stand for, amazing edit codec’s from the sensor like 4K ProRes and RAW Cinema DNG. Affordable 4K recording through Raided HDD’s and SSD’s and unbelievable custom panels for monitoring”. said Jeromy Young, CEO and Founder of Atomos. “Super light and slim and at a price point under 2K. We offer a faster more affordable camera to timeline workflow with revolutionary 4K cameras from Sony, Panasonic and Canon”.

The Shogun utilises both 4K and HD clean output from HDMI cameras such as the latest Sony A7S, Panasonic GH4, 4K SDI C500, and can record 24, 25 or 30p from the camera and up to 120fps HD if the camera is capable. It also has genlock in for synced playout and features optional Wifi for remote control from iOS or Android devices. Improved audio handling with the included Lemo breakout cable for XLR Audio gives balanced audio, mic and Phantom power.

Since the company was founded in 2010 Atomos have broken new ground in the design and functionality of recording, monitoring and playback devices. Atomos strive to set new standards by working closely with camera manufactures on essential features like auto record trigger, matching timecode and increased recording capability.

Like the Samurai and Ninja Blade, Shogun allows you to set up the shot with waveform and monitor assist tools, record pristine, 422 10-bit images straight from the camera sensor directly, all to inexpensive single SSDs or RAIDed HDDs, captured using 4K/HD ProRes, Uncompressed RAW Cinema DNG or Avid DNxHD codecs.

You can see the Shogun and the full range of Atomos products at NAB 2014, (7-10 April, Las Vegas Convention Center, booth number C9532) www.nabshow.com.

The Atomos Shogun is slated for shipping end of Q3 beginning Q4 2014 for under $2000 USD and will be available through the Atomos Worldwide reseller network. See www.atomos.com for more details. 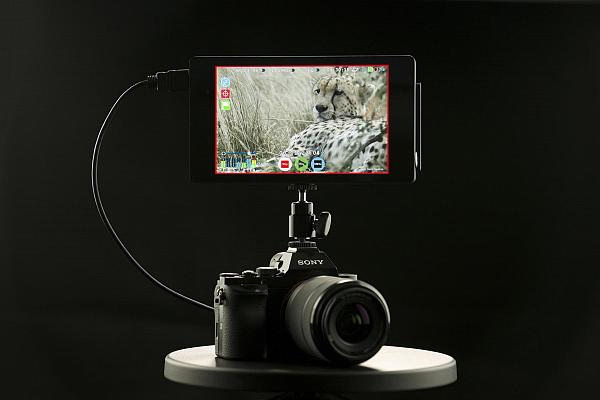