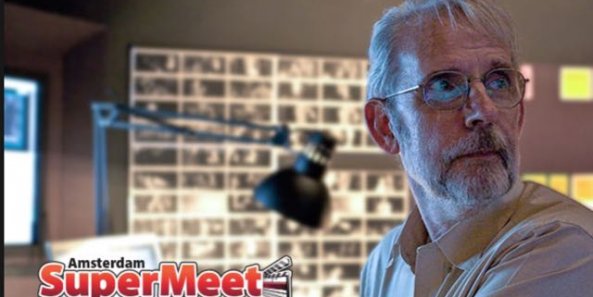 The CPUG Network has announced the Eighth Annual Amsterdam SuperMeet, to take place Sunday, September 13, 2015 at the Hotel Krasnapolsky in the heart of Amsterdam. Three time Oscar winning film editor, Walter Murch will be the featured presenter. SuperMeets are networking gatherings of Final Cut Studio, Adobe and Avid editors, gurus and digital filmmakers from throughout the world. Earlybird tickets are on sale now online only and can be purchased at the SuperMeet web site.