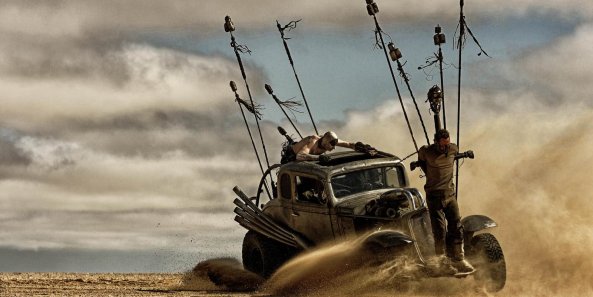 >> Many films at the Cannes film festival were graded using DaVinci resolve, and scenes in Mad Max: Fury Road, were filmed using the Blackmagic Cinema Camera.

Some of the most anticipated movies competing for the Palme dOr at the upcoming festival, including Macbeth, starring Michael Fassbender and Marion Cotillard, and The Lobster, the English language debut of Greek director Yorgos Lanthimos, were color graded using DaVinci Resolve.

Special screenings at the renowned film festival will also include the premiere of Mad Max: Fury Road, which features scenes using the Blackmagic Cinema Camera, as well as the directorial debut of Natalie Portmans, A Tale of Love and Darkness, lensed by cinematographer Slawomir Idziak, who shot elements of the feature on the Blackmagic Pocket Cinema Camera.

The Cannes Classics, an element of the festival which celebrates masterpieces of cinema will also screen stunning digital restorations which have been graded with DaVinci Resolve, including a showing of More by Barbet Schroeder and the 1931 film Marius by Alexander Korda.

The 68th Festival de Cannes runs from May 13th to May 24th and aims to highlight the diversity of cinematic creation through its Official Selection of films running in the Main Competition and Un Certain Regard categories. Inclusion in the Official Selection is one of the most prestigious honors in cinema, and Blackmagic Design digital film cameras and DaVinci Resolve continue to be used by a huge number of filmmakers and post production professionals creating amazing films.

The Official Selection films showing at Cannes that were graded with DaVinci Resolve include: