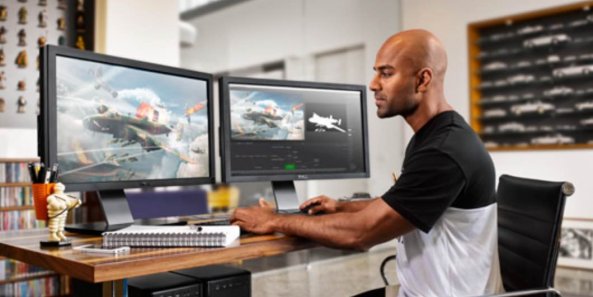 >> Blackmagic Design HAS announced Fusion 8 will be released on Mac OS X and Linux. Until now, Fusion has been a Windows only product, and with this new Fusion 8 release, it will now be available on all popular operating systems.

In November 2014 Blackmagic revolutionized the visual effects industry by making Fusion on Windows available for free and introducing the all new Fusion Studio for $995. Previously, getting access to high end visual effects tools such as Fusion used to cost thousands of dollars, restricting it to Hollywoods elite visual effects artists.

Now, by bringing Fusion to Mac and Linux, Fusion will be available to even more users than ever, opening the door to millions of motion graphic artists, broadcast designers, video editors, visual effects compositors, and 3D animators.

Fusion has been Hollywood’s leading visual effects and motion graphics tool for over 25 years, and has been used on thousands of feature film and television projects, including blockbusters like Maleficent, Edge of Tomorrow, Sin City: A Dame to Kill For, The Amazing Spider-Man 2 and The Hunger Games, as well as hit television shows like Battlestar Galactica, Orphan Black and many more.

Featuring a powerful node based interface, Fusion makes it extremely easy to build sophisticated visual effects compositions very quickly. Nodes are small icons that represent effects, filters and other image processing operations that can be connected together in any order to create unlimited visual effects. Nodes are laid out logically like a flow chart, so customers wont waste time hunting through nested stacks of confusing layers with filters and effects. Unlike timeline based applications, its easy to see and adjust any part of a project in Fusion by simply clicking on a node.

With a massive toolset consisting of hundreds of built in tools, customers can pull keys, track objects, rotoscope, retouch images, animate titles, create amazing particle effects and much more, all in a true 3D workspace. Fusion can also import 3D models, point cloud data, cameras or even entire 3D scenes from Maya, 3ds Max or Lightwave and render them seamlessly with other elements. Deep pixel tools can be used to add volumetric fog, lighting and reflection mapping of rendered objects using world position passes so customers can create amazing atmospheric effects that render in seconds, instead of hours.

“We’ve been working hard to bring Fusion to the Mac as quickly as possible and were very excited to be demonstrating Fusion running on the Mac at NAB this year, said Grant Petty, Blackmagic Design CEO. Were thrilled that so many new artists will be able to use Fusion for the first time and we cant wait to see what theyre going to create with it! Just like DaVinci Resolve, Fusion wont have annual maintenance fees, require a monthly subscription, or a connection to the cloud!”