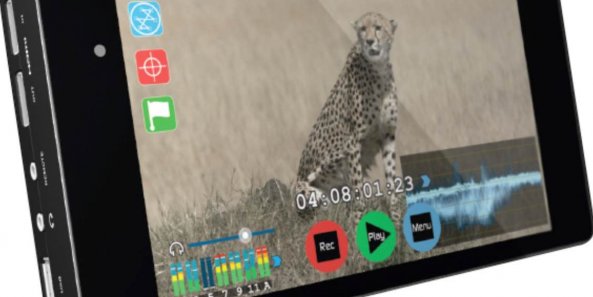 >> Atomos continue to develop and enhance Shogun with 7 new hardware features available over the coming months which are free to both new and existing registered users.

After only 4 months in the market, Shogun users will receive a major creativity overhaul with their unit gaining 7 significant hardware enhancements, in addition to the 4 OS feature improvements, all of which have been announced at NAB 2015. Available via free download over the coming months, Shogun users will gain the following:

“Expensive RAW is no more.” said Jeromy Young CEO of Atomos. “When we see companies charge over $4000 for the RAW formats we include for free or alienate existing users by adding new features only for new users, we run the other way. We reward the early adopter just as much as tomorrow’s buyer with a steady stream of new functions for free, this is at the core of our product philosophy.”

The new features, available for demonstration at the Atomos NAB Demo booth add thousands of dollars to the value of Shogun at no extra cost. The 7 new hardware features are described in detail below.

i) Anamorphic de-squeeze 2x, 1.5x and 1.3x
Anamorphic lenses use optics to ‘squeeze’ a 2.39:1 image into a 1.78:1 ratio. With a free firmware update due at the end of May 2015, Shogun users will be able to de-squeeze monitored anamorphic content to their true 2.39:1 ratio. In addition to 2.39:1 anamorphic, Shogun will also de-squeeze the Panasonic 8:3 format. These translate into commonly used terms of supporting 2× 1.5× 1.3x anamorphic lenses.

ii) RAW recording to ProRes, DNxHR and Cinema DNG
Handling RAW in high-end cinematography is vital with some cameras on the market only outputting their 4K content in RAW data format over SDI, these include Sony FS700, FS7, Canon C300MkII and C500). On the post production side, some people request to keep the RAW format for grading while others would prefer to encode to a more edit friendly format like ProRes or DNxHR with 3D LUT’s applied. The Shogun will maximise flexibility for the user with the ability to take the RAW data from the camera and record direct to RAW (wrapped as Cinema DNG) or to edit friendly Apple ProRes or Avid DNxHR codecs in 4K, UHD, 2K or HD.

iii) Expanded RAW compatibility to include Sony, Canon, Arri and AJA
RAW recording, until now has been both an expensive and cumbersome challenge. Individual RAW licenses that can cost up to $1995 are now available for free with the Shogun and they can be recorded to affordable, reliable off the shelf SSD from brands like Sandisk, Transcend, Intel etc. With RAW options available for Sony FS series, Canon C500, Arri Alexa and AJA CION no other monitor-recorder on the market offers more RAW recording options than Shogun. Sony FS RAW will be available from mid June, while Canon C500/ Arri Alexa / AJA CION RAW will be available from the end of June 2015.

iv) 3D LUTs on output and in recording
Another free update made recently for Shogun users was the addition of 3D LUTs, covering both standard LUTs (C-Log, S-Log 2/3, V-LUT) as well as user defined LUTs in the standard “.cube” format. Up to 8 can be stored on the Shogun which can be accessed via a simple monitor button at the bottom right of screen. Not only are Atomos LUTs flexible, they are also the most accurate on the market, offering 65-point accuracy. At NAB 2015, we will announce that LUTs will be available to toggle on/off not only on the Shogun 7” screen but also out to a larger TV via the HDMI and SDI loop out. DOPs can record with a LUT applied for maximum post-production flexibility, while director’s can easily see the final image quality during review. LUTs on the output available via free firmware update end May

vi) Uncompressed 4:2:2 HD v210 support
A small percentage of customers have requested uncompressed support in the Shogun, especially for green screen and specific post-production tasks. We are happy to offer this group their request free of charge. Available via free firmware update end June.

vii) Genlock
The Genlock connection on the back of the Shogun will be activated via free firmware end of May 2015 to allow synchronous playback across multiple video devices. Placing the Shogun as the ultimate portable 4K play-out deck for any broadcaster or event production house.
About Atomos Shogun

The latest 4K cameras are arming the Pro Video world with amazing sensors, but falling short when it comes to Recording & Monitoring capability. Shogun completes the solution for professionals, combining advanced Record, Play, Monitor and Edit capability that can be added to existing cameras. Shogun delivers 422 10-bit ProRes and DNxHR/DNxHD for Apple and Avid workflows, a 7” 1920 × 1200 IPS 320ppi monitor with an advanced suite of setup tools (3D LUTs, 2:1/1:1 zoom, focus assist, vectorscope, false color and more), XLR audio monitoring with 48V phantom power, playback capability on screen or out to a larger TV and editing capability on the fly with cut in/out points and favourite/reject tagging. Price point is MSRP US$1995 for the “Battle Ready” edition including over $500 worth of accessories or US$1695 for the “Bare Bones” unit only edition.