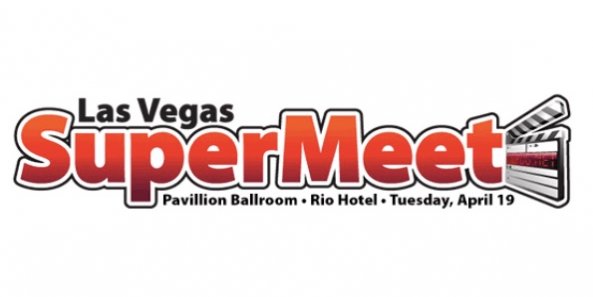 >> VR and 360 degree video to be a focus at what will be celebrated as the Fifteenth Anniversary of SuperMeets in Las Vegas.

]The Creative Pro User Group (CPUG) Network have announced the agenda for the Fifteenth Annual Las Vegas SuperMeet to take place on Tuesday, April 19, 2016 in the Pavilion Ballroom at the Rio Hotel in Las Vegas Nevada. Doors open at 4:30PM with the “SuperMeet Digital Showcase,” featuring over 25 software and hardware developers. Presentations will begin at 7:00PM and continue until 11:00PM. Tickets are on sale online only for the price of $15.00 each plus ticket fee and $10.00 for students and Teachers with valid student ID. The Las Vegas SuperMeet promises to be the single largest gathering of Final Cut Pro, Adobe, Avid and DaVinci Resolve editors, gurus, digital filmmakers and content creators during the 2016 NAB Show. It is expected this SuperMeet will sell out as historically every Las Vegas SuperMeet sells out.

The second half of the show will be devoted entirely to VR and 360 video. Futurist Ted Schilowitz will introduce us to VR/360 Video and then act as the “ring master” for the remaining presentations.

As part of the Digital Showcase there will be filmmakers with VR/360 camera rigs, including Alx Klive, founder and CEO of San Francisco-based 360 Designs. Neil Smith of Rift Valley Studios will have his 360 cameras to interview exhibitors and record the evenings presentations and festivities.

Rounding out the evening will be the always wild and crazy “World Famous Raffle“ where over $89,000 worth of valuable prizes and counting will be handed out to dozens of lucky winners. For complete details on the SuperMeet including driving and transit directions, a current list of raffle prizes and how to purchase tickets, visit the SuperMeet website at: supermeet.com.