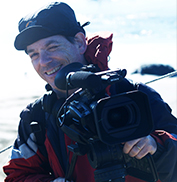 Welcome to the FCPX Community Group


Way back in 2003 the UK Final Cut user group launched to enable Final Cut users to meet, keep in touch and share information about Apple's professional editing application. Meetings were held in London, Wales and Birmingham. The group swelled to hundreds of members within the first through months and became the largest of the Final Cut Pro user groups outside of North America.

Further meeting throughout the UK followed with many more meetings in London, Birmingham, Manchester, and Glasgow.

The heritage of the UKFCUG continues. We remain true to our original aims:

Having been through several incarnations, the UKFCUG is planning further meetings in the near future. Please click to register your interest in attending future events.

Many things have changed in the world of post-production since Final Cut Pro was first released in 1999. Now in 2012 the original FCP is gone, replaced with FCPX. The new software is radically different to the old and has been met with mixed reception.

The focus of the UKFCUG has always directed at producing video on the Mac. While the emphasis of the group will undoubtedly be towards FCPX, we also have a huge interest in other Mac-based editing applications. So whether you use AVID Media Composer, the Adobe Creative Suite, Smoke on the Mac, or any other Mac-based editor, the UKFCUG will continue to investigate, demonstrate, and provide a platform for what can be achieved using these technologies.