THE BLOG > Company Announcements > 50% off Atomos CFast 64GB when purchased with Ninja Star until Dec. 31

50% OFF ATOMOS CFAST 64GB WHEN PURCHASED WITH NINJA STAR UNTIL DEC. 31 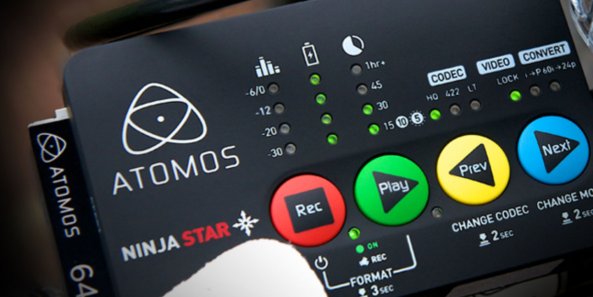 >> Atomos have announced that from today up to December 31st 2014 customers will receive 50% off the usual price of the Atomos 64GB CFast card when purchased with a Ninja Star.

Now even better value the Atomos CFast 1.0 cards are perfect for HD recording or applications where the faster speeds of CFast 2.0 are not required.

“The Ninja Star gives customers an ultra-light ultra-reliable Apple ProRes recorder which is small enough for your pocket and light enough to hang from a quad-copter. With our new seasonal offer customers can purchase twice the amount of media” said Jeromy Young CEO and co-founder of Atomos.

Recognising the lack of CFast media on the market Atomos developed their own CFast 1.0 cards in June 2014 to accompany the new Ninja Star. A combination which offers a great solution for HD recording and specifically meets the data rates required for ProRes HQ at 80MB/s sustained write and 200MB/s sustained read. Combining the Ninja Star and Atomos CFast cards is perfect for creative or extreme camera work and creates a recording option which can be used in situations where a large monitor is prohibitive. Cameramen can also turn their consumer cameras to a truly professional recording device as the Ninja Star avoids internal MPEG compression and allows recording from sub 30Mbps MPEG to 220Mbps ready to edit 10-bit 422 Apple ProRes HQ.